Parshat Emor and the Early Image of a Jew 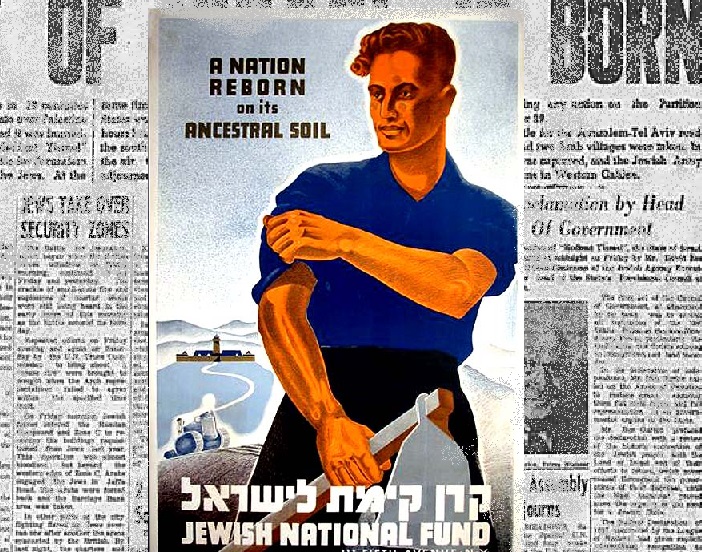 Parshat Emor and the Early Image of a Jew

In the Spring of 1903, the Jews of Kishinev suffered a devastating pogrom. In response, the Jewish Historical Commission of Odessa sent the poet Hayim Nahman Bialik to report on the pogrom and to photograph the survivors. Based on his experiences, Bialik (in 1904) wrote an expanded poem/lament called In the City of Slaughter. Through his famous poem, Bialik not only condemned the injustice in Kishinev, but vilified Jewish passivity during the violence. In particular, Bialik singled out the yeshiva men and students for their cowardice:

Crushed in their shame, they saw it all; They did not stir nor move;
They did not pluck their eyes out; they Beat not their brains against the wall!
Perhaps, perhaps, each watcher had it in his heart to pray:
A miracle, O God,—and spare my skin this day!

…How did their menfolk bear it, how did they bear this yoke?
They crawled forth from their holes, they fled to the house of God,
They offered thanks to the Holy One, the sweet benedictory word.

Concealed and cowering,—the sons of the Maccabees!
The seed of saints, the scions of the lions!
Who, crammed by scores in all the sanctuaries of their shame,
So sanctified My name!
It was the flight of mice they fled,
The scurrying of roaches was their flight;
They died like dogs, and they were dead!

Bialik called attention to the traditional Jew, who buried his head in prayer and study, while his family and community were ravaged. He did not condemn any stereotype of the physically frail and pious, intellectual Jew, who persisted with his Talmud rather than picking up a gun. Rather, he condemned the Jew who accurately fit that stereotype. Following Kishinev and Bialik’s account, there emerged a new Jew – one unabashedly dedicated to self-defense and self-reliance. In particular, the pioneers who emigrated to Palestine characterized the ‘new’ muscular Jew, who embraced the physical over the intellectual. The Jews of Palestine would be farmers rather than scholars; unapologetically defending their territory with any weapon necessary for self-defense.

Although decades later the Nazis wiped out millions of Jews, even amidst the ashes Jewish resistance organizations developed and fought to the bitter end. In Palestine, however, the image of the Jew had transformed. No longer would the old stereotype apply, with Jewish men cowering behind their holy books as their fellow Jews were attacked and brutalized. The new Jewish image was not of the frail man, donning a black hat. Rather, the new Jew would be bronzed, tan, muscular and strong; passive no longer.

These thoughts come to mind because the so called new image of a Jew was not so new after all. Our Torah portion of Emor introduces us to the agricultural dimensions behind the major Jewish festivals. Each holiday was associated with the land; agriculture and farming would be central to any holiday observance. In other words, the biblical Jew was to be a physical specimen as much as an intellectual one.

In other places throughout the Torah, festivals were identified in terms of ritual observance. In Emor, however, the people’s physical connection to the land is indisputable. Our forebears were farmers and tillers of the land, just as the new pioneers entering Palestine and establishing the State of Israel. Like the modern Israeli, our biblical forebears also formed a military to protect their nation. The image of a biblical Jew, therefore – based on Emor and other biblical references – was similar to the image which emerged after Kishinev. What Bialik urged, therefore, was not a transformation of the Jewish image as much as a return to the Jewish image from antiquity. Such an image is depicted in Emor and elsewhere throughout the Torah.

From Emor, we can infer that b’nai yisrael represented a more physical Jew, one who was resolute about developing the land. The biblical Jews were expected to be as physically fit as they would be intellectually and spiritually fit. That image, especially in contemporary Israel, characterizes the modern Jew. Our survival still depends heavily on study and ritual, but also on our ability to speak out against anti-Semitism anywhere on the planet. When collectively threatened, the contemporary Jew will respond with whatever means are necessary to defend Judaism and our people.

Bialik’s lament was a cry for the Jewish people to remember all aspects of their ancient past, to embrace the characteristics which would insure that no Jew will cower shamefully in the corner of a synagogue ever again.